A global, multi-award winning real-time campaign designed to raise awareness of the plight of african elephants

A global, multi-award winning real-time campaign designed to raise awareness of the plight of african elephants

When it was revealed by the 2016 Great Elephant Census that elephants were in huge crisis, DOOH.com partnered with charity ‘Space for Giants’, aiming to increase awareness and simultaneously ‘socially celebrate’ those who donate. We had one problem though – our budget was under £5,000.

Together we created #MarchforGiants, the world’s first real-time fully integrated dynamic DOOH campaign allowing individuals and brands to donate and so create their own customised virtual 3D elephant; demonstrating that each consumer donation safeguarded an elephant in the wild for one month and a brand donation protects a wild elephant from poachers for life.

Using live 3D technology, personalised elephants instantly joined the #MarchforGiants digital herd. Over 4 days in March, individual Elephants created by brands such as MacLaren and The Independent, as well celebrities like Ricky Gervais and Mark Hamill marched across DOOH screens through the world’s busiest public spaces. 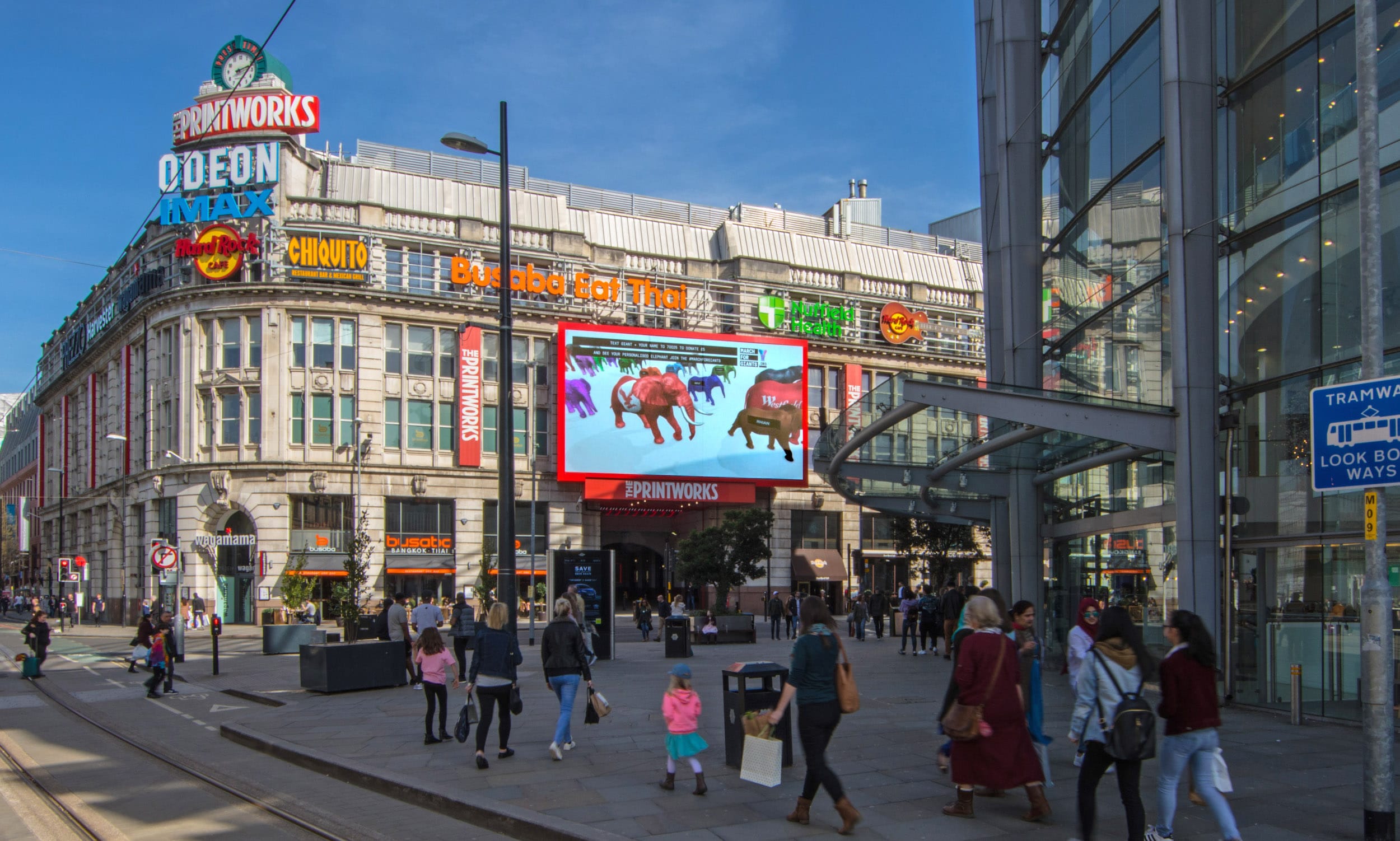